Showing posts from June, 2020
Show All

Oooh it's all happening!

June 26, 2020
It's all happening I tell you. All happening. I'm booked on a flight that leaves Cyprus on July 2nd and goes to Belgium. No. I don't know either.  Lots of us travelling together though - it's going to be ball I tell you. A ball. Party on that plane, and in that truck. So we go to England, and my human is going to meet me, so I get to see him and my car. Hope he doesn't mind I'm going to be tired. Tired, I tell you, tired. It'll be lunchtime on July 3rd, and he'll take us to my house. They tell me he's been rearranging things for me in my house. Good man, good man. Who's a good man?! I've got my passport already and jabs all sorted. Not sure what to take. I'll probably travel quite light, and the checkout what AndyMan has bought for me. If it's not right or he's missed anything then I'll let him know. Yeah. Let him know.
Post a Comment
Read more 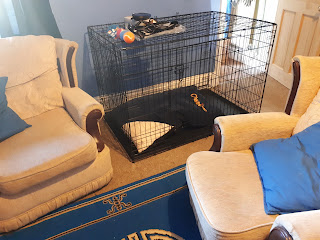 My house in England has been rearranged so that my cage fits in. Apparently two goldfish had to be moved, I hope they don't mind, I think we are going to be friends. Also I've got some new bits and pieces..
Post a Comment
Read more

June 22, 2020
I hear that things are being prepared for me in my English home. There is already a big comfortable bed and some toys. Lots of other things have been ordered and it's all sounding pretty good. Pretty good. My human is even moving around the furniture in my main room so that I can sleep and rest in the best bit. He's going to be a pushover is that Andy. He has booked lots of holiday for me to get used to him and to train him. Pushover, I tell you. I've also got a name tag, engraved with my address and phone number. Sounds posh, but appropriate.
Post a Comment
Read more

My Story So Far

June 19, 2020
It's all a bit of a blur, you know, the hectic party life of a puppy, so I don't remember the details. My temporary human, Maria, at the rescue shelter said this: ============= " We really don't know much. What we do know is that you were wandering in a neighbourhood for about a month or so and some people were feeding you and then someone else complained about you and asked the municipality to come and take you to the pound, which they did. We all know that they put dogs to sleep there, so as soon as one of the people feeding you found out where you were she went and took you and asked us if we could take you in as she already had two dogs that wouldn't accept you. So you ended us with us  🙂 "" ============= I think I'm about twenty one years old (that's three in human years), so there is a lot of time unaccounted. It probably wasn't easy. I don't think I've really lived in a house and properly known a human before.
Post a Comment
Read more

June 19, 2020
I'm getting excited about going to the UK. I don't know too much about it. Some of my friends have gone there, and word gets back from their humans to the humans here in Cyprus. I hear there are good lamp posts and the humans there are caring about us dogs. Food wrappers discarded on the ground, and cats to chase. Perfect. I mean perfect. There are some friends waiting for me apparently, including some from Cyprus who will be able to tell me how to get the best out of our humans. I'm already quite good at looking hungry with sad eyes. That works everywhere, and I hear that locally they are a bit preoccupied and worried by politics, so they'll enjoy slightly mad things like a dog looking confused when they hide a ball, or chasing paper in the wind. I'm all across that kind of thing. I'll also pretend at first that I don't know how respond if they say "sit", "fetch", or "stop" etc. I find that helps them bond with us, and it's
Post a Comment
Read more

I can move as well! Video! 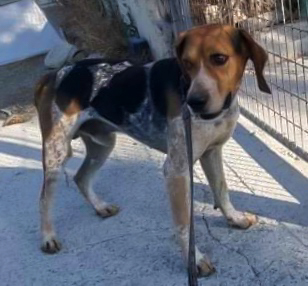 Hello, my name is Sully. Or Sullivan, apparently. These things are complicated, it seems. I think I used to be called Loki, but nobody tells me anything. Nothing. I think that for a long time I never used to have a name. This naming of everything is a bit of a human thing. They do a lot of talking and use words for everything. Everything. Rather than just sniffing a thing to know what it is, they give a thing its own sound. I mean, why? A thing already has a smell, you don't need to give it one unless it's a lamp post, but most things don't have a sound and don't need to have one. Anyway, Sullivan, that's me. Sully. I'm getting a new human, probably in early July. He has a name, Andy, which I probably won't change. He likes a band called Counting Crows, who did a song called Sullivan Street, and that's where my name comes from. See the logic? No, me neither. I guess I'm just pleased they didn't do a song called Smelly Road. So now you know
2 comments
Read more