June 17, 2020
Hello, my name is Sully. Or Sullivan, apparently. These things are complicated, it seems. I think I used to be called Loki, but nobody tells me anything. Nothing.

I think that for a long time I never used to have a name. This naming of everything is a bit of a human thing. They do a lot of talking and use words for everything. Everything. Rather than just sniffing a thing to know what it is, they give a thing its own sound. I mean, why? A thing already has a smell, you don't need to give it one unless it's a lamp post, but most things don't have a sound and don't need to have one.

Anyway, Sullivan, that's me. Sully. I'm getting a new human, probably in early July. He has a name, Andy, which I probably won't change. He likes a band called Counting Crows, who did a song called Sullivan Street, and that's where my name comes from. See the logic? No, me neither. I guess I'm just pleased they didn't do a song called Smelly Road.

So now you know who I am. Hello. That will do for my first post. 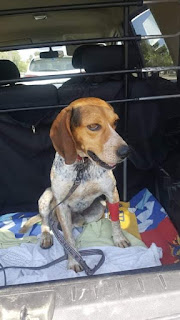 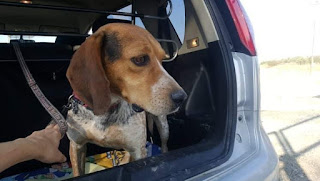 I've been meaning to tell you about Alexa. As far as I can tell AndyHuman has had Alexa living in my house since well before I arrived. I'm going to confess that I didn't really know who Alexa was when I first got here. I'd hear AndyHuman talking to her, and she would say things but I could never see her. She could be in any room, but, I thought, even better than me at hiding. Then I found out that she lives in some kind of cloud. Yes, I did say cloud. A cloud. That's where she lives. I can't see this cloud, but at least I know why I can't see Alexa. So yeah, there's Alexa living with us too. She's supposed to be some kind of assistant, but let me tell you, if this is AndyHuman's ability to do training, he's sadly very lacking. He tells her to do something, like play Puppy Love, Who Let the Dogs Out, Hound Dog - you know, proper music - and she quite often plays something else, or he'll ask her, yes he will, to turn on some lamp or other,
Read more

Well you already know I share my new house with AndyHuman, but I need to tell you about two others that are here. One of them is called Bin. Bin lives in the kitchen. In the kitchen I tell you. Lives there. All that Bin ever does is eat rubbish. Honestly, just rubbish. I eat most of my food, but sometimes there is a bit left in the bowl, and AndyHuman eats most of his too. What we don't eat though, Bin has. AndyHuman just puts it straight in Bin. If I try to sniff Bin I get a sharp "No!" from AndyHuman, so I don't because I'm training him and need to be careful. However, one time when AndyHuman was in another room I had good sniff of Bin and tried to have a look in Bin's big opening mouth. You'll never guess what happened! Bin fell over and was sick on the floor - all bits of old food and other rubbish. I had to get AndyHuman to clear it up. I've not been near Bin since. Henry is the other occupant. Henry, I tell you. What a name!! Henry moves about on
Read more